The City of Ventura has developed zoning to allow for crisis housing with services in the Arundell District, located at Market Street and Telephone Road. Click on the link below to see final ordinance draft.

In addition, a Negative Declaration was adopted by Council. This environmental document (download Negative Declaration document HERE) analyzes a code amendment that would create a zoning overlay district (Emergency Shelter Overlay District) that will provide a location where emergency shelters, with full supportive services, can be established with a Conditional Use Permit. The overlay district would be placed on properties located south of H-101 in Arundell District in the M-1, M-2, and MPD zones as shown on the map, Figure 1. To implement the Project, various text and map amendments are proposed to the Zoning Ordinance including revisions to Definitions and Chapter 24.437-Emergency Shelter Regulations, as more fully described in the Project Information section of the Initial Study. There is no associated development project only legislative changes to the City’s Municipal Code and Zoning Map. 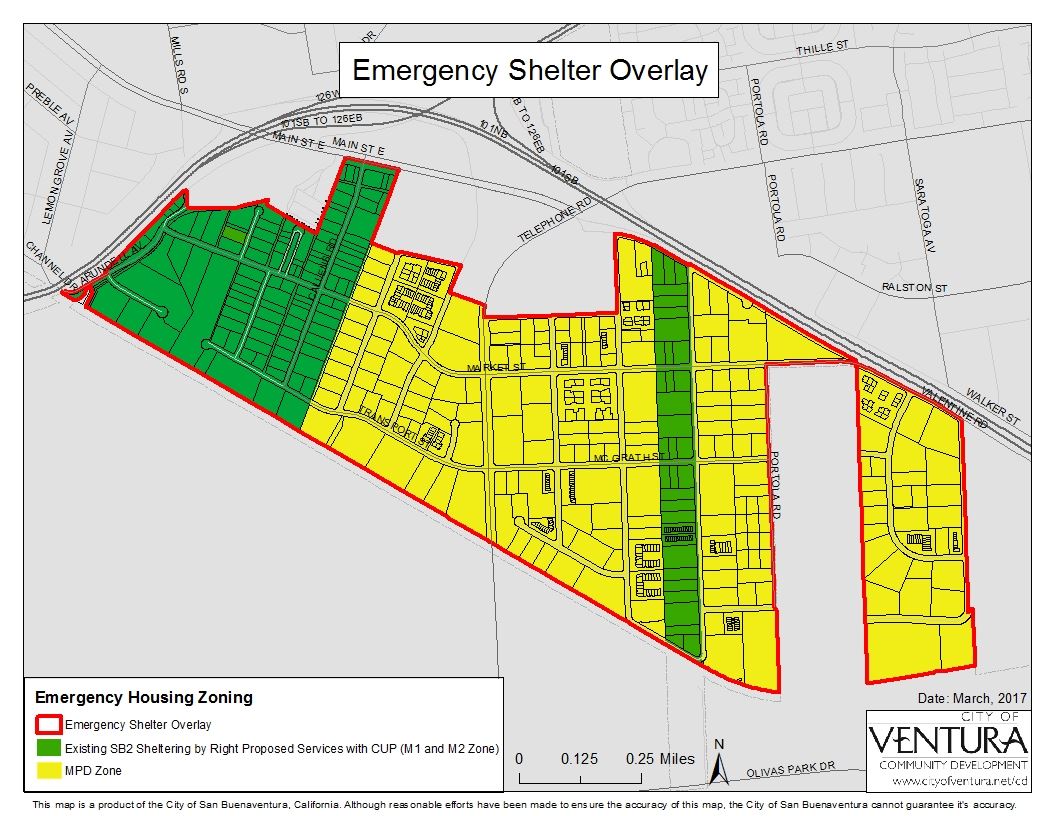