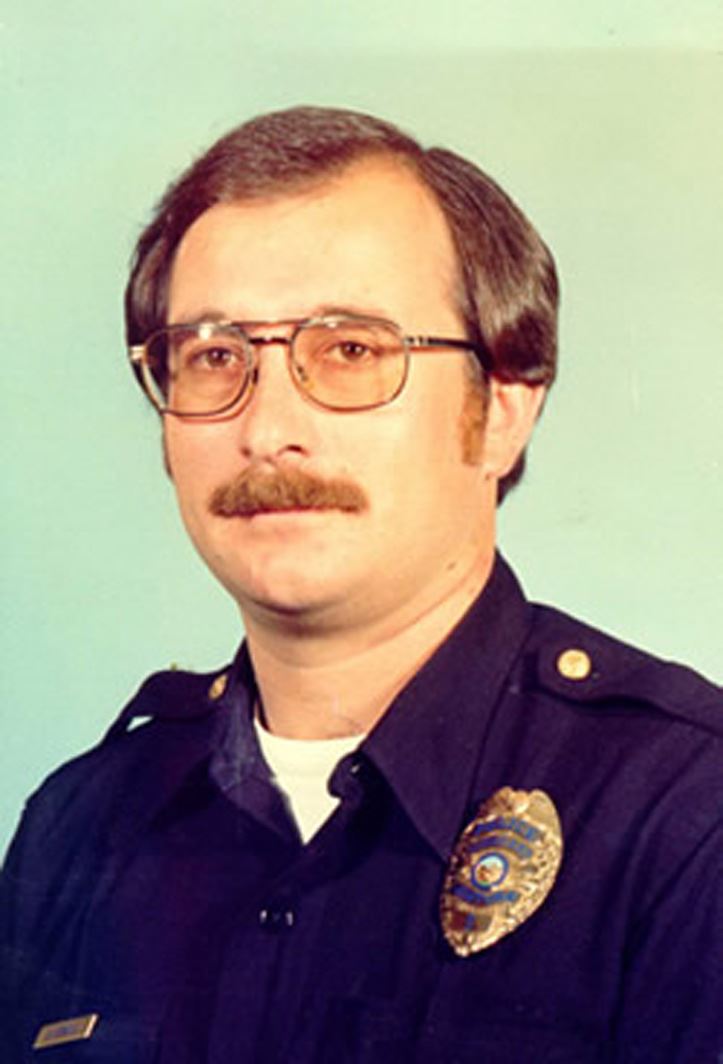 On Monday, August 7, 1978, Sergeant Darlon "Dee" Dowell became the first and only Ventura Police Officer killed in the line of duty.
On August 6, four men tried to rob a businessman making a night deposit at the Bank of America on Victoria Avenue. The robbery was interrupted and the four suspects fled; two were apprehended immediately but Robert K. Lee, 22, and Keith Kuhne, 20, escaped.

The next day a team of seven Ventura police officers served arrest and search warrants on the two outstanding suspects. Sergeant Dowell, Detective Don Bales, Detective Carl Handy, and Officer Gary McCaskill approached the front door of the suspects' house on N. Olive while Sergeant Art "A. J." Farrar, Detective John Leach, and Officer Don Arth set up a perimeter around the residence. Officers entered the home and were detaining Kuhne in the living room when Lee fired a shotgun from a darkened hallway, fatally wounding Sergeant Dowell. Lee then ran through the house, crashed through a rear window, and was shot and killed by pursuing officers.

At the time of his death, Sergeant Dowell, 32, was a nine-year veteran of the Ventura Police Department. We will remember him as a dedicated police officer, devoted husband, and loving father to his two young children.

The City of San Buenaventura named Dowell Drive, the location of police headquarters, in Dee's honor in 1979.

"Dee was my first sergeant. He was a modest person, who I assure you would be embarrassed by the attention we're giving him today. And he would be the first to say that this memorial is not about Dee Dowell, or even about the specific circumstances that unfolded that night on North Olive Street. For Dee, this memorial would be about the men and women who today do the job he did 25 years ago--and about maintaining every advantage of safety thru tactics and training. Dee knew--and would want us all to remember--that every day police officers put themselves in harms way, and routinely find themselves in situations that are dynamic, unpredictable, and dangerous. Yet, police officers do this job--like he did--out of a sincere desire to serve their community. When we look back on August 7, 1978 and what happened at 154 No. Olive, it takes on huge significance for our Department and the seven officers who were there. We lost an officer, and a family was changed forever. But we must never forget that at the time, it was just another assignment, fairly routine, in the normal course of duty. We have been there thousands of times since that day, stopping suspects and wanted persons, making routine traffic stops, and handling calls for service. We remember our friend and fellow officer. He is a reminder for all to be vigilant, safe and prepared." -Retired Police Chief Mike Tracy at the 25th Memorial Service
COVID-19
City Service Updates
Forms & Permits
File a Police Report
Interactive Crime Map
Join Our Team
Contact Us