The Ortega Adobe is an architectural example of smaller adobe homes that once lined Main Street in sharp contrast to the residences of wealthy landowners nearby. It was within this adobe that Emilio Ortega first began fire-roasting chiles, believed to be the first commercial food operation of its kind in California.

Interpretive Panels at the Ortega Adobe


In July of 2015 new interpretive panels (PDF) were placed inside the Ortega Adobe that give visitors the history of the adobe and it's residents. 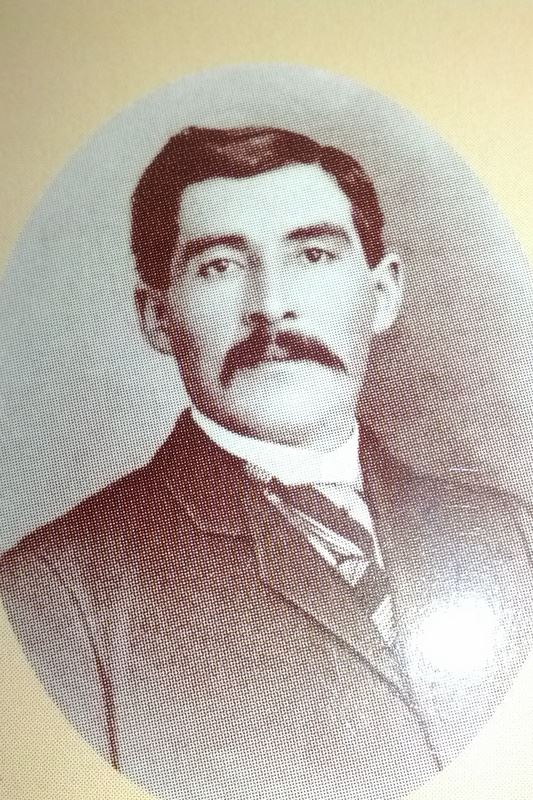 Emilio Ortega
Juan Ortega, the fifth son, married Rafaela Arrellanes and was the father of Emigdio Ortega, builder (in 1857) of the still existing Ortega Adobe. He married Maria Conception Jacinta Dominguez in 1836 at the Santa Barbara Mission. They moved their large family to San Buenaventura; first across the street and then into the Adobe. Emigdio built this adobe with rafters and beams taken from an old abandoned ranch house near Fillmore, hauled to the building site in two-wheeled ox carts (carretas). Over the rafters was laid a mat of bamboo canes, squeezed closely together and tied with rawhide. Then came a layer of grass and then a covering of mud. The roof tiles were added in later years.
This building was one of many adobes along Main Street on both sides of the San Buenaventura Mission and the last just east of the San Buenaventura River. A flood in 1866 nearly destroyed it, washing away the western half and also the land between the house and the river. For weeks, the children tramped along the river's mouth and the ocean trying to find family belongings they had lost in this calamity. Soon, two new rooms were added on the east side for use by the family.

Emilio Carlos Ortega, the eleventh child of Emigdio and Aria Conception Jacinta, became the founder of the Ortega Chili Company. He was the first person in California to make Spanish Chili Sauce and he made it right there at the Ortega Adobe, in his mother's kitchen. That happened in 1897. After great success Emilio Carlos moved his business to Los Angeles into bigger quarters.

This Chili Sauce is still available in markets today. Visit the Ortega Products website for more history. The adobe remained in the Ortega Family until 1905 when Chinaman Ung Hing bought it. Later, in 1921, it became City property. Over many years and at different times, it was used as a boardinghouse, restaurant, office building (police department, Shell Oil Co.), and meeting place for the Ventura Boys and Girls Club. By 1969 the Ortega Adobe was ripe for demolishing but this was prevented by a group of volunteers who, with the help of the City of Ventura Department of Parks, Recreation & Community Partnerships, were able to finally restore and refurbish it in the 1970s. Ever since, the good ladies of the Daughters of the Golden West keep it clean and in good condition for the general public to enjoy.

What is the connection to the Olivas Adobe, you ask? Well - two portraits of Ortega family members are hanging in our sewing room. One shows José Maria de Ortega, one of the brothers of Emilio Carlos, and the other shows their mother, Maria Conception Jacinta Dominguez Ortega, wife of Emigdio, the builder of the Ortega Adobe. This then closes the circle.