Red light cameras are used to enforce traffic laws at intersections with a high incidence of red light running violations and collisions. A two camera system is installed at an intersection to monitor approaching traffic. The system is triggered to capture images of a vehicle if it progresses through an intersection following a specific time after the signal turns red. Data of potential violations, including video and still images, is secured, encrypted and placed into an evidence file. Police personnel review the evidence and drivers found in violation receive a ticket in the mail.

To learn more about the process watch the Red Light Camera Information Video. 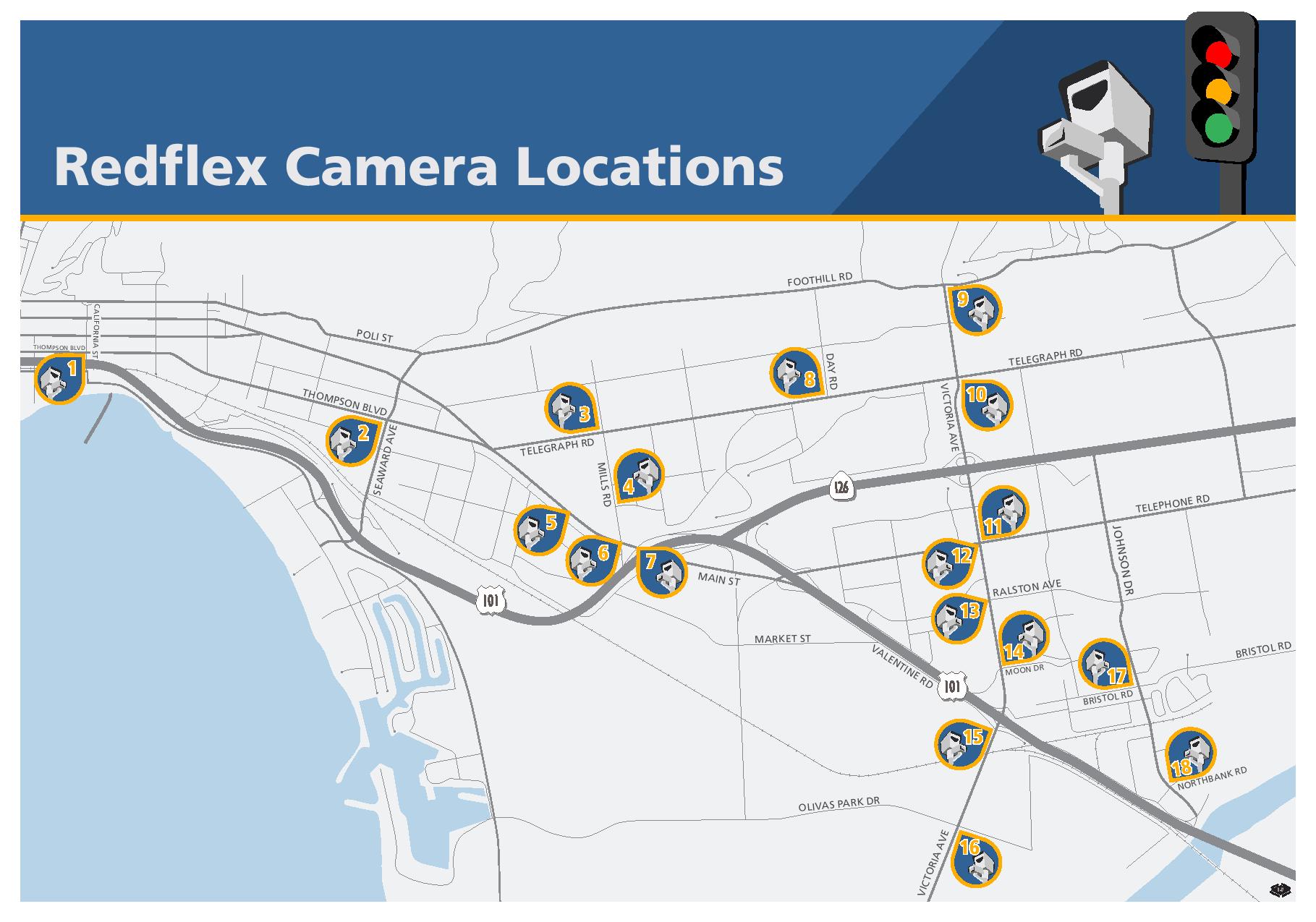 The following documents provide more information about the program: