Alcohol Enforcement Officer Officer Tyler Buck is our Alcohol Enforcement Officer and he oversees all ABC licenses and alcohol sales permits within the City of Ventura. Officer Buck works with businesses and assists them with ABC rules and regulations, licensing, liquor sales, employee sales of alcohol, making sure they understand and are in compliance with their alcohol use permit, enforces non-compliant businesses, educates local businesses regarding such issues as underage drinking and sales to minors, and oversees entertainment permits. Contact Officer Tyler Buck at 805-339-4453 or tbuck@cityofventura.ca.gov

Alcohol Use Permit In October of 2005 the Ventura City Council approved an Alcohol Sales Permit Ordinance to provide for the regulation of alcohol licenses and establishments within the City of Ventura.

The ordinance was initiated by the City Council to govern the Conditional Use Permit process, whereby regulations can be imposed and enforcement can take place if there are violations of the conditions. The ordinance funds an Officer who manages, monitors, and enforces alcohol related incidents throughout the City.

Alcohol Use Permit Fee Fee Components are determined by a tiered category of low to high for each of the following four components: Potential Risk, Hours of Operation, Annual Wholesale Purchases of alcohol, and Entertainment (if applicable). A business is then assigned a value of high, medium (excluding risk), or low for each category.The alcohol permit fee can range from $250 to $1700 annually.

Responsible Beverage Service Training RBS training is a community-based approach to promote public safety and to reduce risks associated with the retail alcohol environment. RBS has three essential elements: the adoption of alcohol-service policy for ABC-licensed establishments; the providing of server education and guidance; and the development of partnerships between law enforcement, local government and community groups. The Ventura Police Department hosts approximately eight (8) RBS trainings a year at the Department. The classes offered are for on sale and off sale establishments as well as for promoters hosting special events where alcohol is provided. Classes are also available in Spanish.

Minor Decoy Operation This program allows law enforcement agencies and ABC to use persons under 20 years of age as decoys for the purposes of purchasing alcoholic beverages from licensed premises. The use of underage decoys to check whether licensees are selling alcohol to minors shows a drop in the illegal activity when the minor decoy program is repeatedly used. Law Enforcement agencies around the State have resumed using decoy programs since the State Supreme Court, in 1994, unanimously ruled the practice was constitutional and not entrapment.

Decoy Shoulder Tap “Shoulder Tap” is a common method used by persons under the age of 21 to solicit persons to purchase and furnish them alcoholic beverages. The Shoulder Tap program is an enforcement program used by ABC and local law enforcement agencies. The program uses underage decoys, under the direct supervision of law enforcement officers, to conduct such solicitations in front of off-sale licensed premises. The person who is seen furnishing an alcoholic beverage to the decoy is arrested.

Social Host OrdinanceIn 2007 the City of Ventura passed a Social Host ordinance. This means if you host a party that turns into a loud or unruly gatherings where alcoholic beverages are served to or consumed by underage persons you will be cited for $1000 for the first occurrence and $2000 plus the cost of emergency services for the second occurrence.

DUI Crashed Car TrailerThe DUI Crashed Car Trailer houses a vehicle, which is contained within a lighted Plexiglas trailer that was involved in a DUI collision in the City of Ventura. The Trailer provides high visibility messaging about the consequences of driving while impaired. The Trailer is displayed at the local schools, parades, the Ventura County Fair, special events and even parked Downtown. The use of this Trailer is part of the Ventura Police Department's ongoing efforts to protect the public's safety by deterring and preventing impaired drivers. The Trailer is also used by the other local law enforcement agencies and can be seen in other parts of the County. 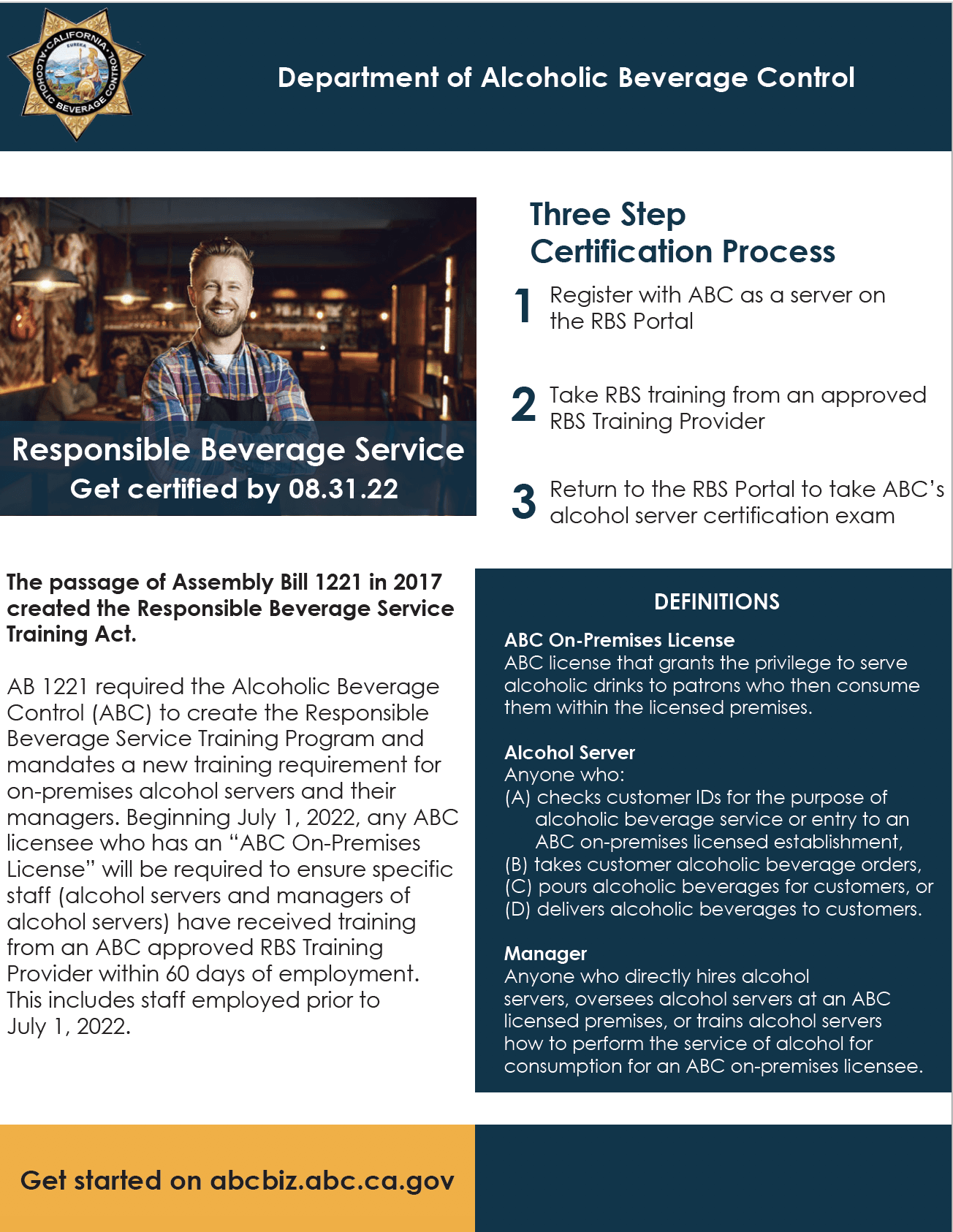 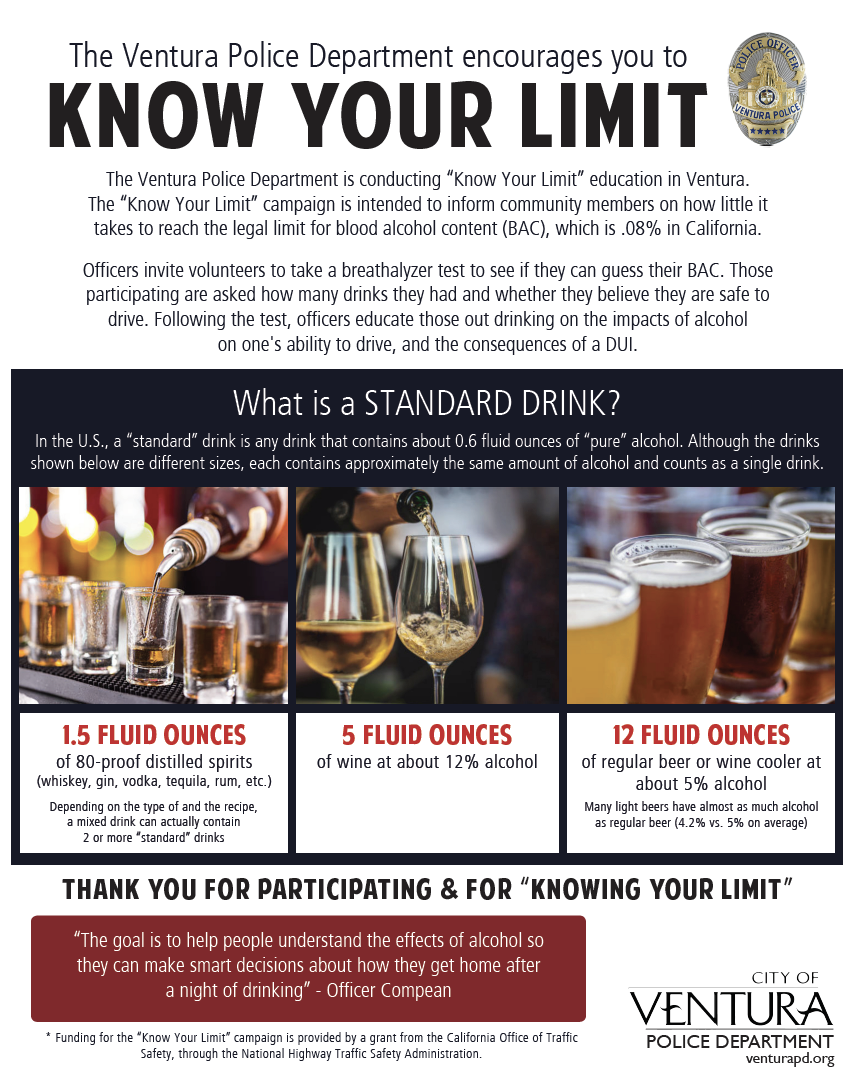